[: En]Phillips announces the retirement of Steve McQueen's ROLEX Submariner. The watch that has attracted attention in recent months will no longer be auctioned on December 5th due to a dispute with the McQueen family.

Only a few months ago we told you about the announcement by the well-known auction house Phillips, about the listing of a Rolex Submariner 5513 belonged to 'The king of cool ' Steve McQueen. 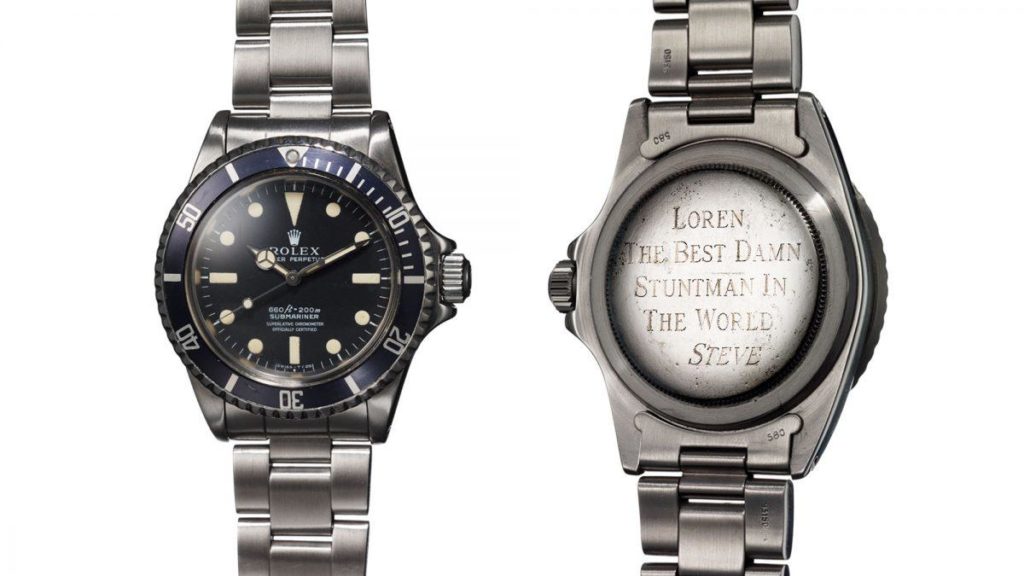 The story behind the discovery of this timepiece begins in July 2016, when a huge fire broke out in Los Angeles County for over two weeks. Among the houses affected by this catastrophe, also the one where Janes and his wife lived for over 20 years, rich among other things of memorabilia that belonged to Loren.

The two sons, Erika and Eric, found the Submariner literally charred, they took it to the Rolex dealer in Beverly Hills to have it restored at the Rolex service center in New York, trying to preserve the precious engraving on the caseback. All this is documented by the letter that Rolex USA sent to Erika Janes following the processing carried out. 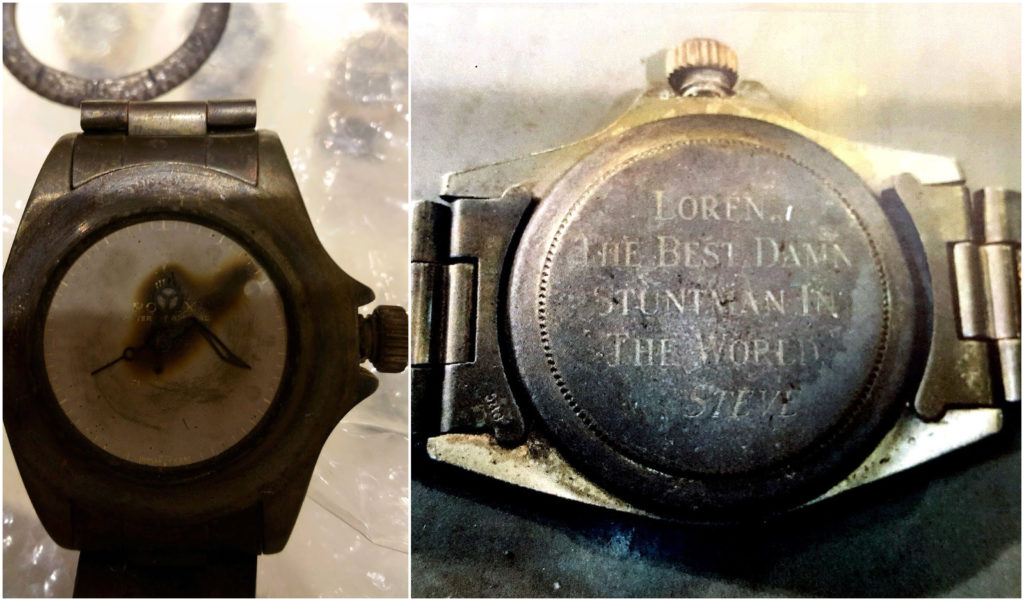 However, in recent months many have questioned the veracity of the facts and, last but not least, on thethe actual state of the Rolex Submariner.

The most attentive immediately noticed the incongruity, or inconsistency, of the quadrant with respect to the reference: the dial of the 5513 is known for the famous 'two lines' one indicating depth, the other the 'submariner' model, while the watch in question clearly mounts a dial 5512 (reference of the Rolex personally worn by Steve McQueen). Obviously given the conditions Rolex could never have left the original dial mounted, so during the 'restoration' it replaced it with an original one of the time, rather than fitting a so-called 'supply' one, albeit 'coeval'. 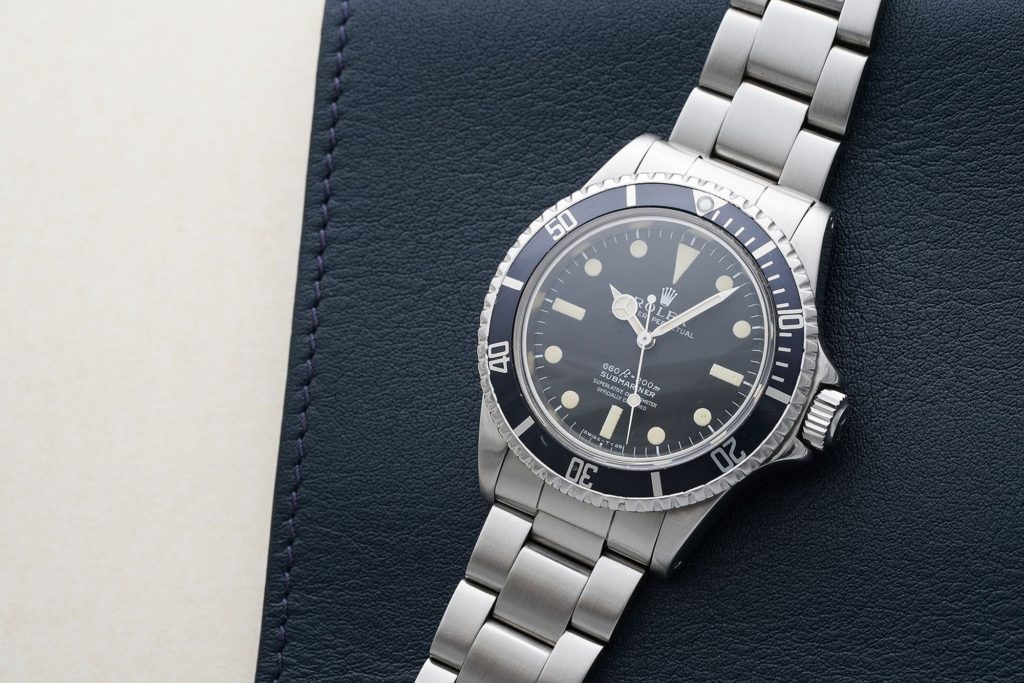 But the perplexities did not stop here, indeed. To question the whole affair is precisely there McQueen family. Indeed, a distance of some settimane Arthur Barons, McQueen family attorney on behalf of Steve's son, Chad McQueen, Has declared"Awe clarified without from the first dayo that Steve McQueen would never have written that sentence nor would he have had that clock engraved with that kind of dedication. We have no reason to believe that Steve ever bought that Rolex. As far as we're concerned, it could also be a copy"

Affermazione denied by Paul Boutrons, head of the watch division for Phillips America & international, Over which from other very important documents provided by the well-known blog 'Jake's Rolex World' driven by Jake Ehrlich, who went out of his way to recover numerous testimonies about the origin of the Rolex Steve McQueen.

According to Ehrlich, McQueen purchased two Submariners in Hong Kong between 1965 and 1966 on the occasion of the film “Quelli of the San Pablo". One of the two specimens he gave to Janes, Steve's stunt double, after being bitten by a snake during filming. Everything is documented by a letter written by Ray Donovan, longtime friend of Loren Janes, and addressed to her daughter Erika in whom she remembers that on the set of Steve's latest film "The Hunter" "Steve told a story about a gag that Loren did during the movie 'The San Pablo', and Loren recalled that Steve gave him a Rolex as a token of gratitude for his work, it was at that moment that Steve added 'Boy, you earned it' "

Another alleged testimony that does not clarify anything, we could say. Except that the work of 'investigator' conducted by Jake Ehrilich leads him to the discovery of the 'key proof": a photograph autographed by McQueen himself and given to his friend Loren Janes bearing the following words "To Loren, Crackers and cookies and the best damn stuntman in the world - Steve". 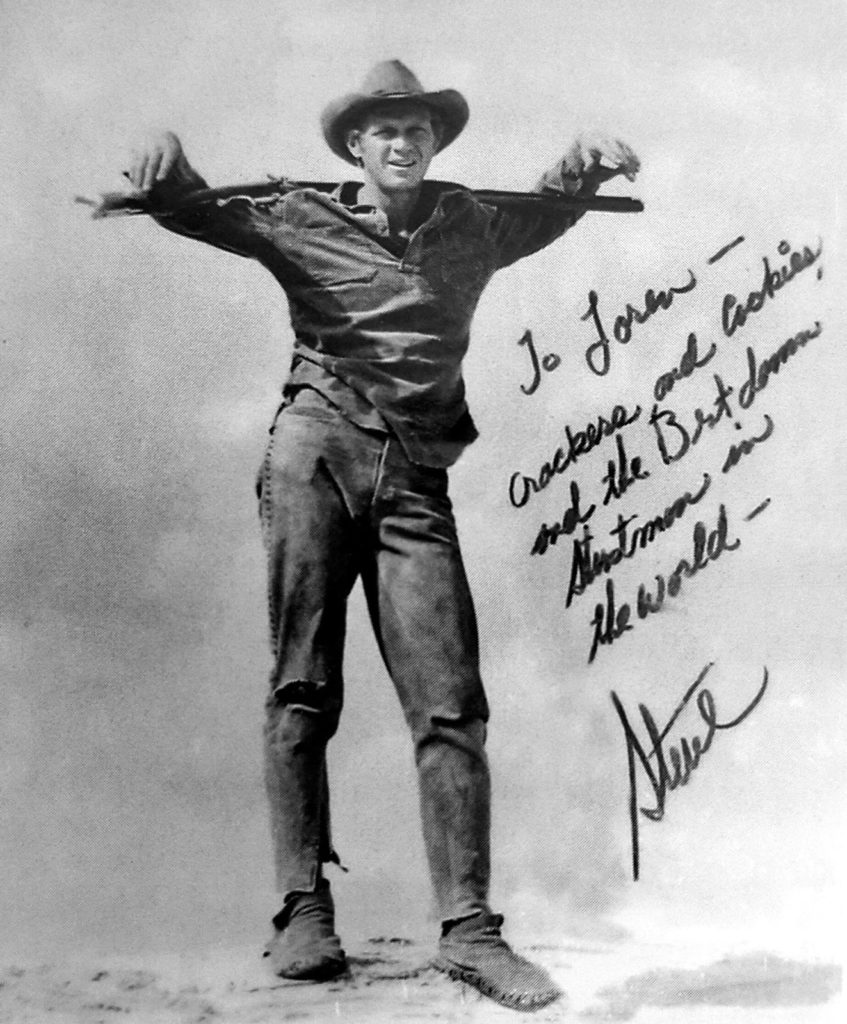 Beyond the "Crackers and cookies"referring to the culinary 'passions' of Loren Janes, this dedication almost clearly recalls the words engraved on the back of the Rolex Submariner auctioned by Phillips, effectively disproving the claim made by the McQueen family that Steve would never adopt that kind of language. 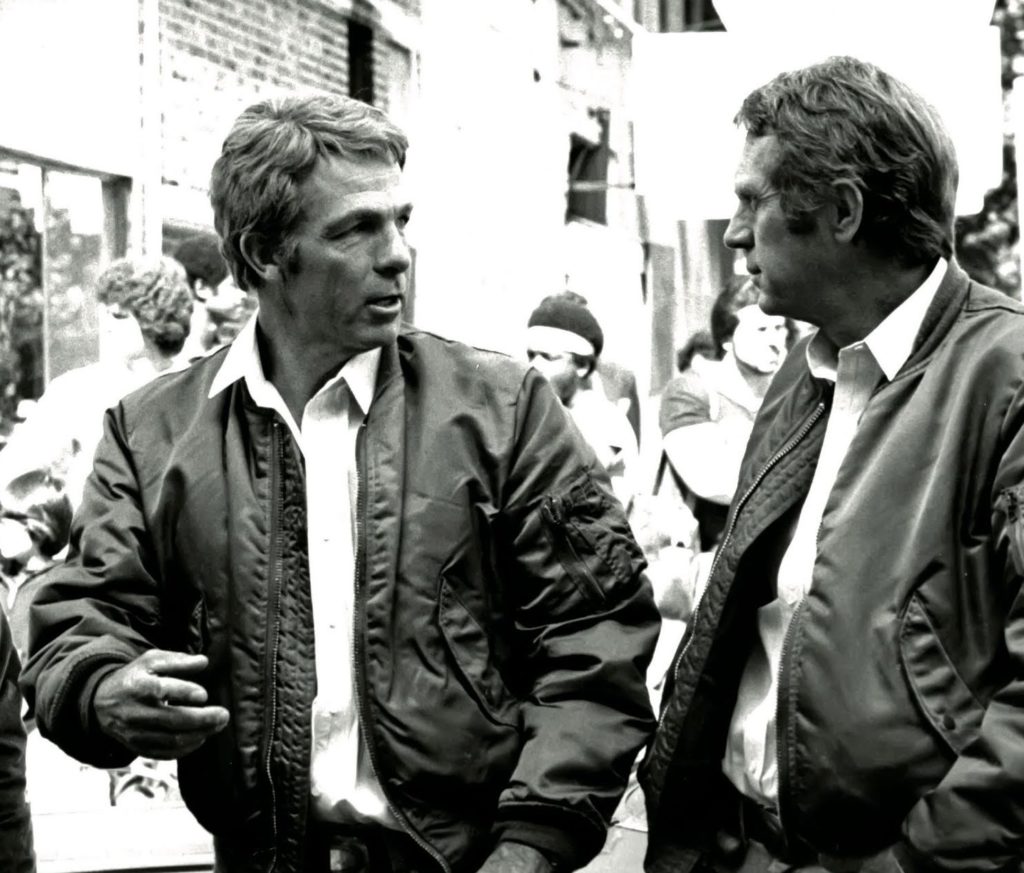 Loren Janes & Steve McQueen on the set of "The Hunter"

Yet not even this evidence was enough to convince the McQueen family. A position that led the prestigious Phillips auction house to renounce the sale of the watch, declaring to Forbes that "Despite numerous attempts to engage in an argument with the McQueen family, making it clear that Phillips is committedato offer the watch with iinformation correct on the origin of the clock,the family did not support the sale. Phillips hoped the sale of this watch would celebrate thisa vita of two men, but without the support of the McQueen family, we are unable to proceed."

The history of this watch fully reflects the personality of its protagonist. Beyond the appearance it hides a tale that is sometimes legendary, tormented, but full of charm and mystery. Just like Steve McQueen. Even the ending of the story speaks in some way of him and some of his films which, after having delighted you, leave you a little bitter in your mouth.

Will it really be the last chapter of this saga? I wouldn't bet on it ... 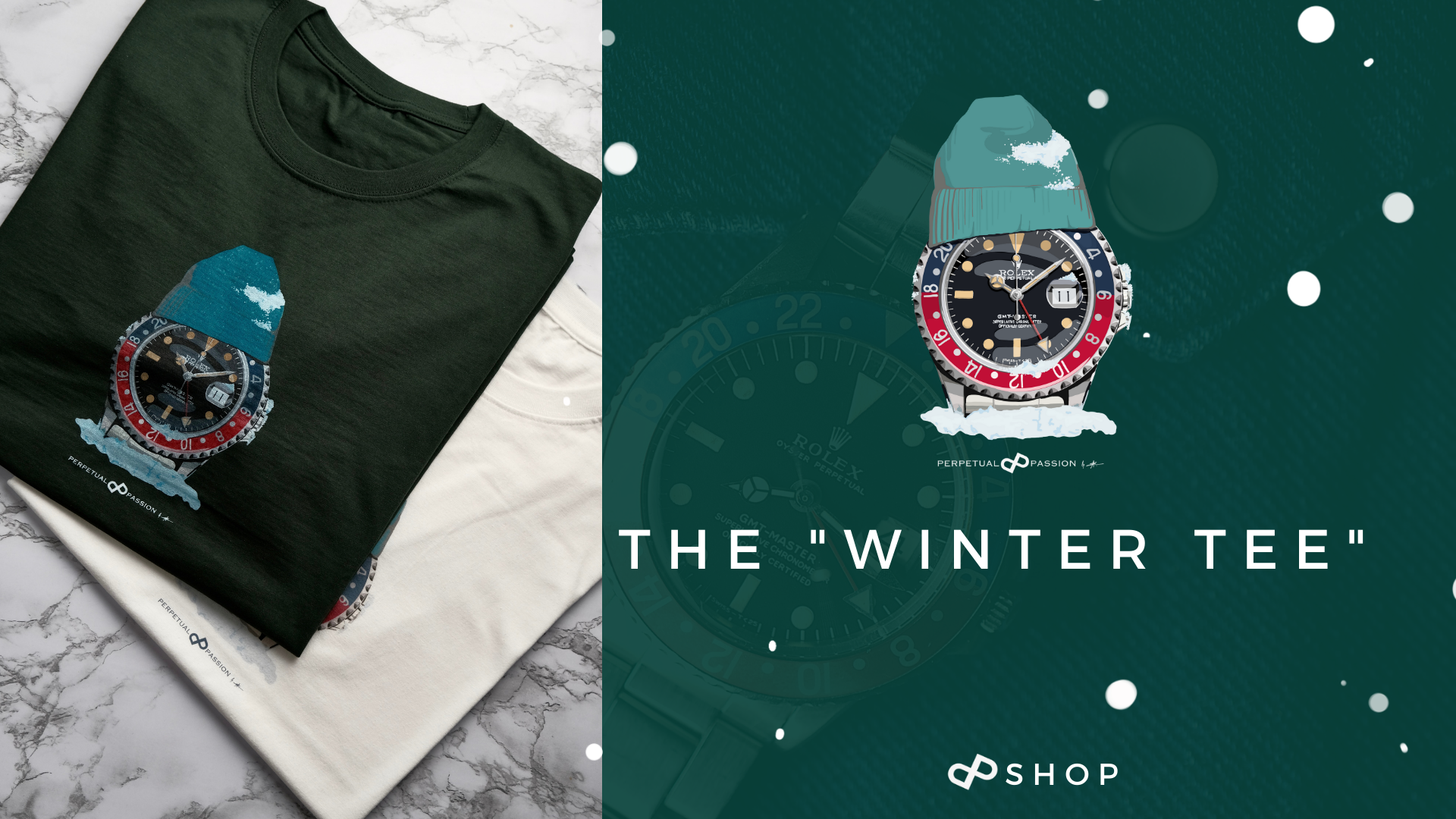