United we are stronger! In the spirit of this motto, which contains the essence of the bonds that unite Moser & Cie, H. is MB&F for over ten years, Edouard Meylan is Maximilian Büsser they composed a duet recital in the form of an exceptional concert dedicated to fans of fine watchmaking. 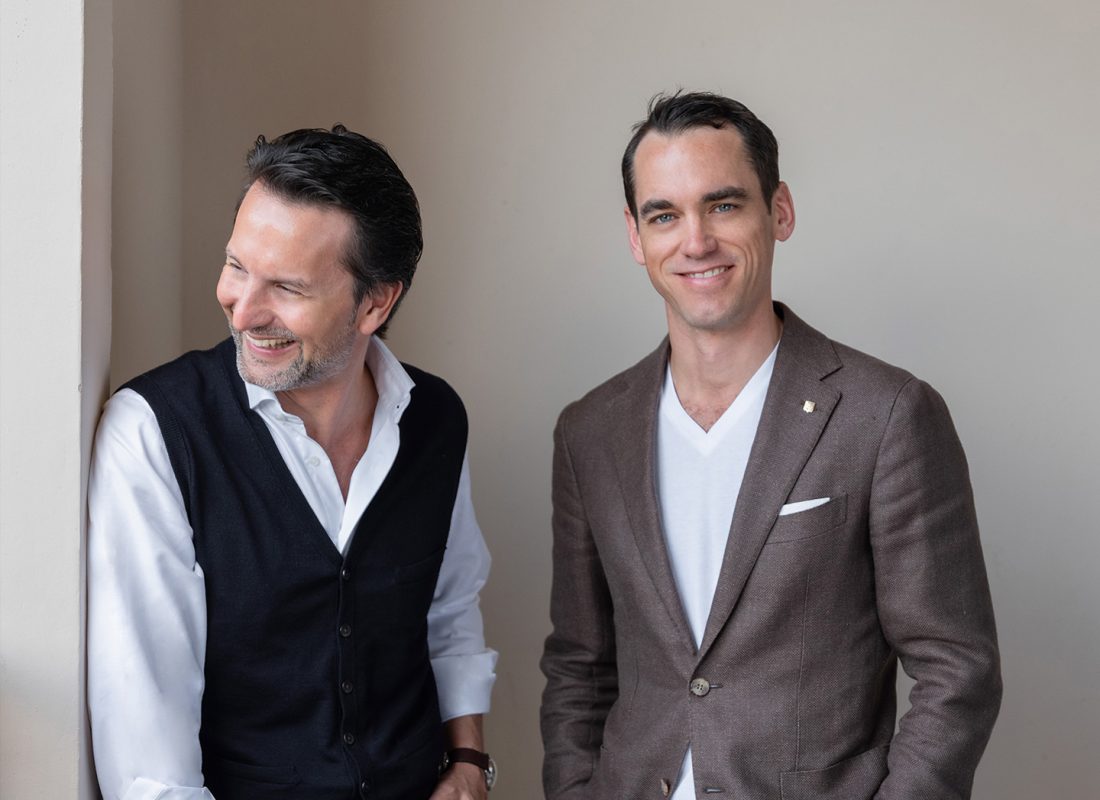 For the first time in its history, MB&F contributes to the realization of a work of performance art, in the context of a totally bilateral and reciprocal relationship. In this context, the two Maisons jointly sign two creations that embody the perfect combination of their respective peculiarities. It is the story of friendship between two men bound by common values, such as the pleasure of building, sharing and finally presenting together the results of this extraordinary project.The second timepiece born from this collaboration is the MB&F x H. Moser & Cie. LM101 with a wonderful smoky dial. 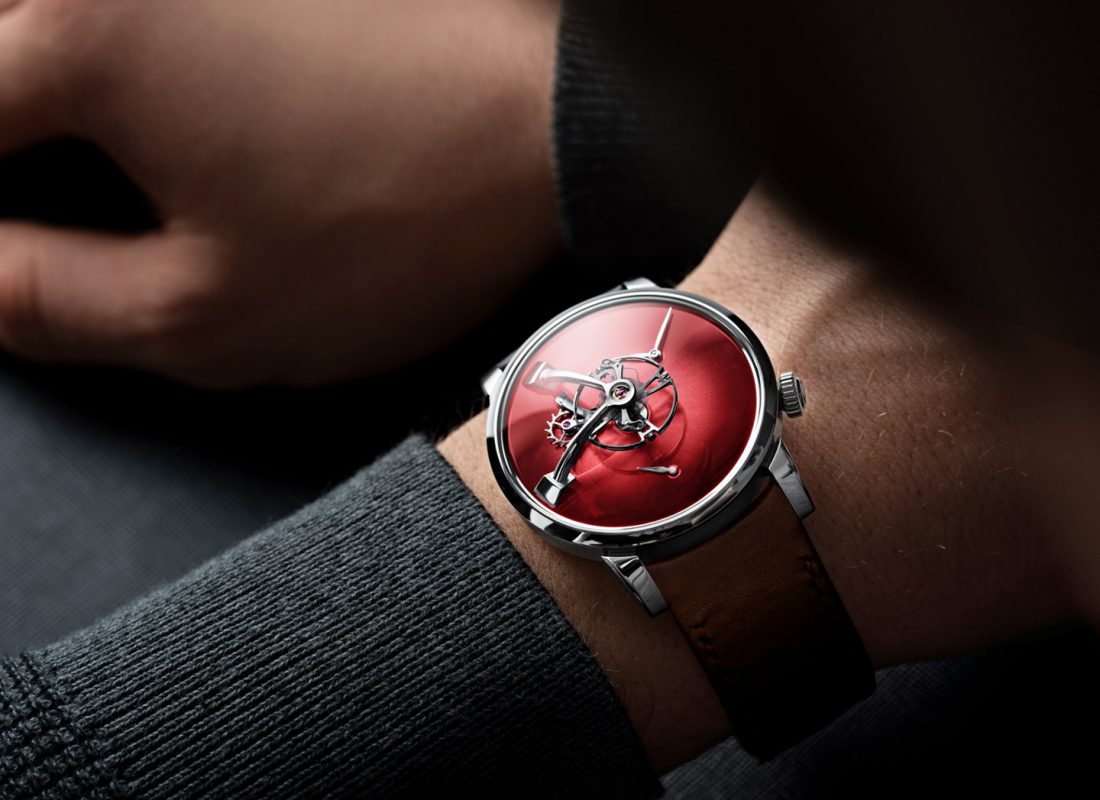 With the balance wheel, the power reserve and the passage of time, Legacy Machine 101 is the quintessential mechanical watchmaking. It is no coincidence that MB&F chose to revisit this model, one of the purest and "simplest" in its collection, precisely because it was minimalism that guided the creation of the model LM101 MB&F x H. Moser. 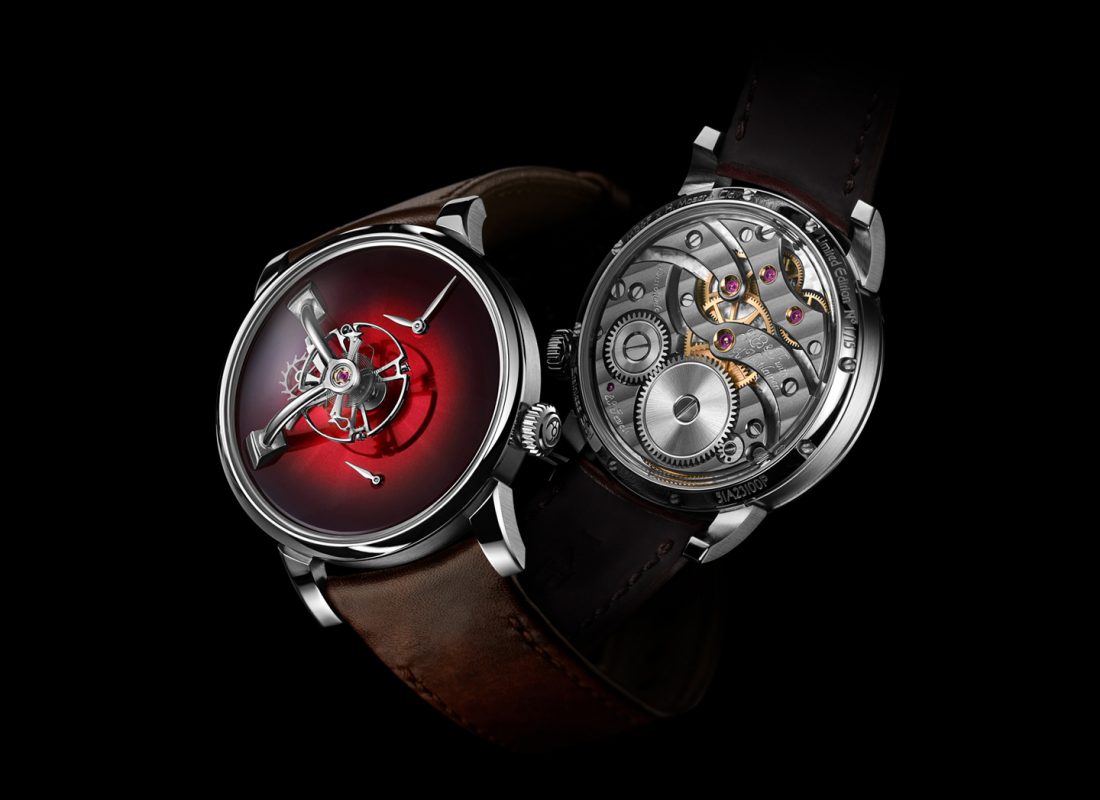 Come Moser & Cie, H. and the "back to basics" approach embodied by its Concept watch series, MB&F has chosen to remove the logo to rediscover its roots and, in particular, to return to very origins of watchmaking, when the only signed elements were movements. In the same sober spirit, he abandoned the small rounded dials for the indication of hours and minutes and the 45-hour power reserve replacing them with hands placed directly on the main dial. In this way, the smoked dials borrowed from Moser & Cie, H. they can show themselves in all their splendor, even sublimated by a refined bezel. 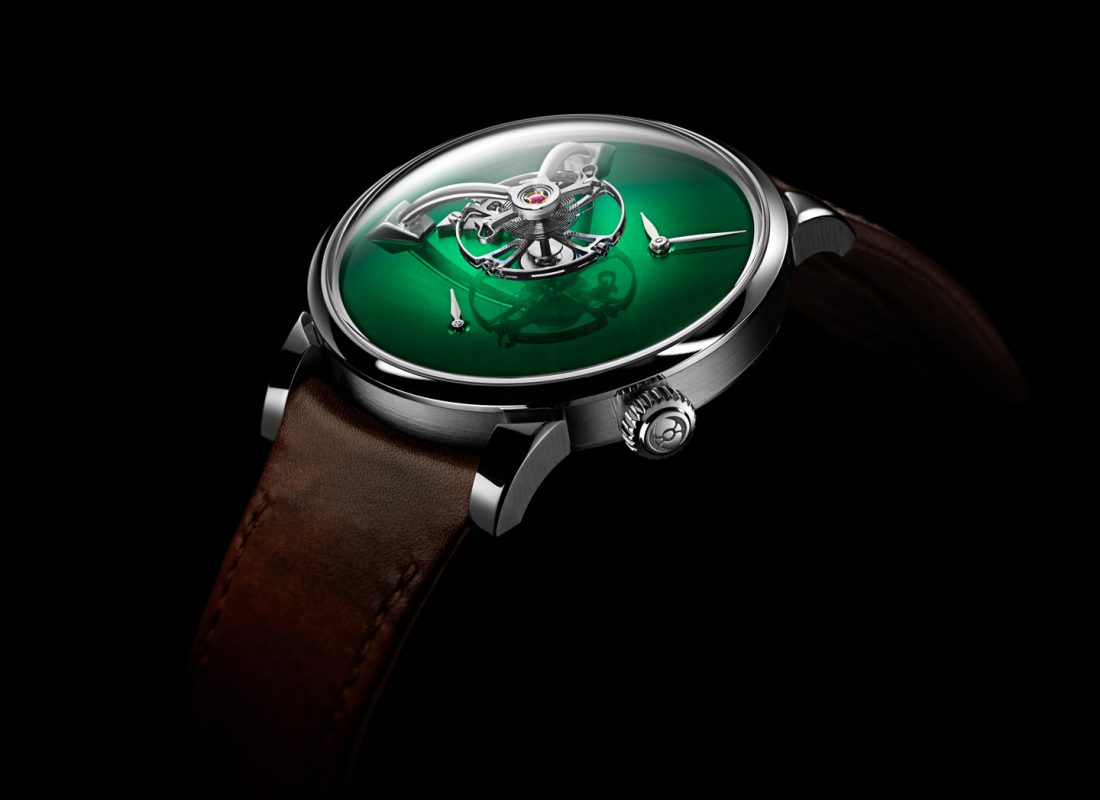 For the new LM101 MB&F x H. Moser four smoked dials were chosen: Smoked red, Cosmic Green smoke, Smoked Aqua Blue and, of course, the famous Funky Blue smoke. Surmounted by a sapphire glass dome, the case is made of steel, only for the third time in the history of MB&F. 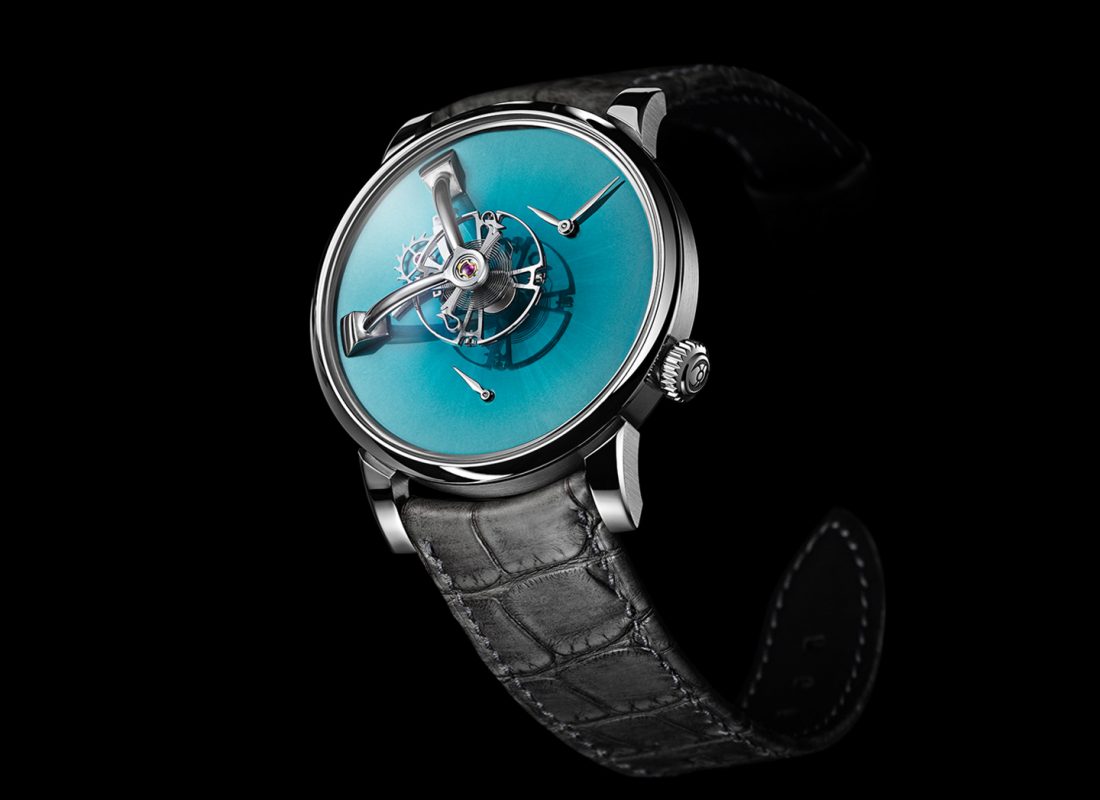 The bewitching suspended barbell still dominates in the center of the scene, though in the LM101 MB&F x H. Moser has been completely redesigned to highlight the beauty of smoked dials. This beating heart, which in the eyes of Maximilian Büsser represents the quintessence of watchmaking, is equipped with a double spiral produced by Precision Engineering AG. 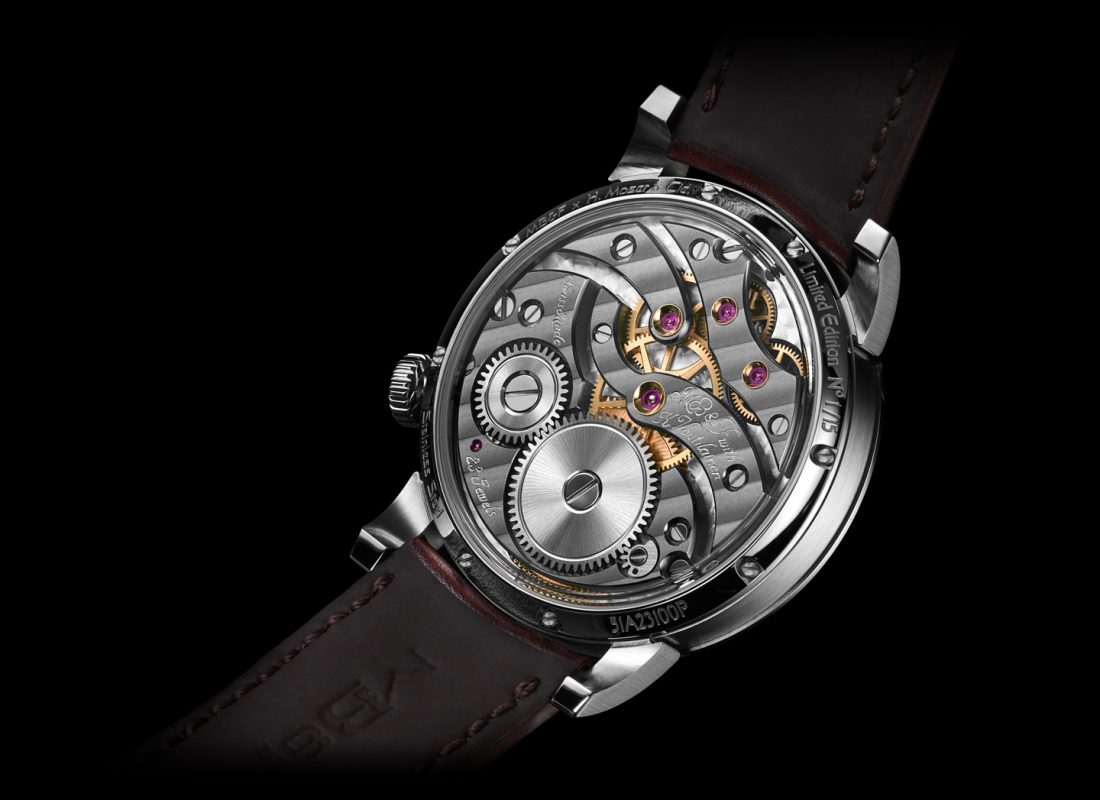 Thanks to this pair of coordinated spirals, the friction normally encountered with a single spiral is reduced and the displacement of the point of gravity suffered by each spiral is corrected as it expands, which significantly improves accuracy and optimizes isocronism in the constant search for perfection. Finally, through the caseback, the rounded sapphire glass reveals the "engine" of this timepiece. Unlike the original movement of the Legacy Machine 101, whose finishes were decided by the co-creator Kari Voutilainen, the aesthetics of the caliber that powers the LM101 MB&F x H. Moser it is more contemporary and sublimated by a light NAC treatment that enhances its beauty.Price 53,000 Swiss francs. 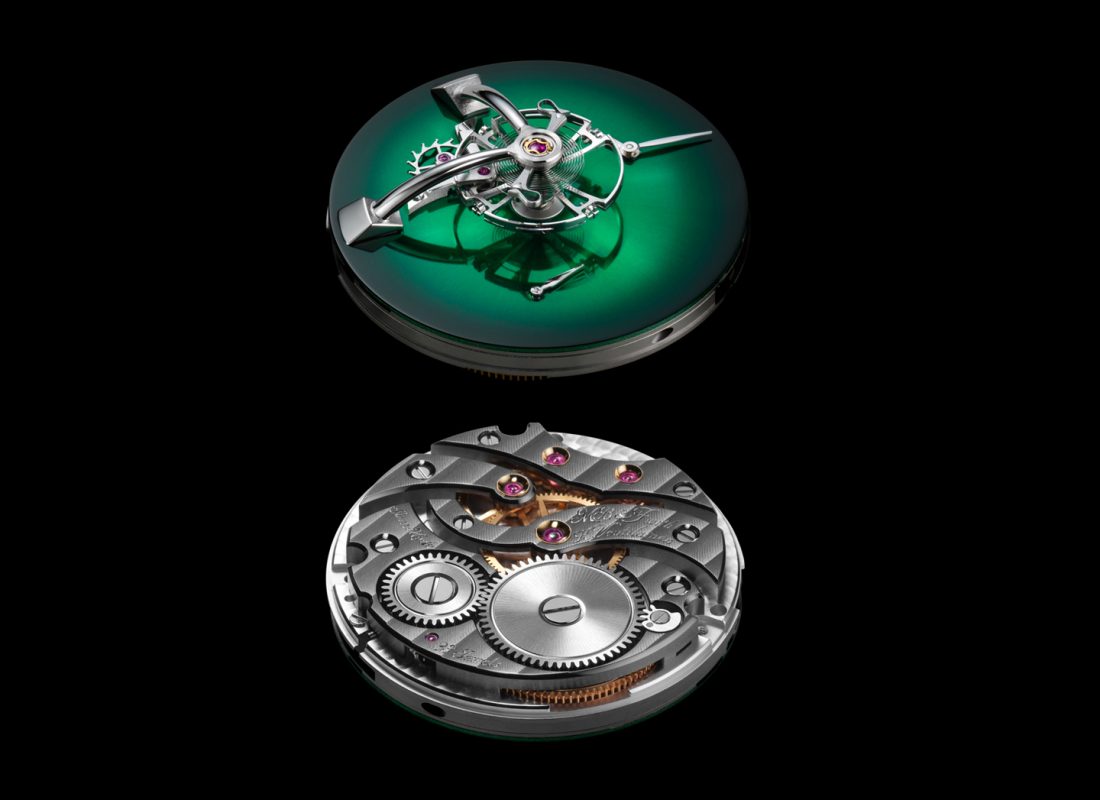 Edouard Meylan and Maximilian Büsser are delighted to have taken part in this rewarding collaborative project, the results of which have far exceeded expectations. In addition to the beauty of the models created together, the collaboration of the two brands also sealed the union of two different know-how and DNA with a view to mutual enrichment. The teams of the two Maisons have also combined their talents, animated by a spirit of openness and transparency. This experience leaves Edouard and Maximilian with a desire: to experience once again the pleasure of creating and working together.