formula 1, Formula E, Indy 500, classic cars. A motoring vocation that transcends disciplines, from avant-garde to vintage, a passion that has driven the Swiss chronograph and sports watch brand since its foundation. From the electrocution of Jack heuer is preferably used for Carrera Panamericana Mexico the series of racing sports chronographs par excellence was born in 1963: Tag Heuer Carrera. This year, on the occasion of its 160th anniversary, TAG Heuer reinterprets the Carrera series and chooses to present it in Italy on the occasion of the thirtieth edition of one of the most prestigious Italian classic car races: the Nuvolari Grand Prize. TAG Heuer: 160 years of passion for engines! 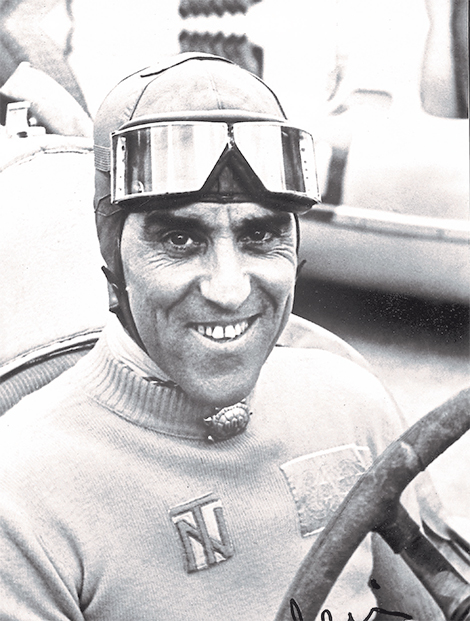 30 editions in the name of 'Great Tazio'. The most technical and spectacular race of vintage cars on the Italian scene that every year calls together Gentleman Driver from 5 Continents aboard historic cars produced from 1919 to 1976, this year celebrates an important anniversary. The father-son couple triumphed over 150 crews from all over Europe, representing 50 car brands Andrea e Roberto Vesco driving aAlfa Romeo 6C 1750 SS Zagato of 1929. The couple from Brescia dominated the race from the very first stages, demonstrating great skill and technical ability. It is the eighth triumph for Andrea Vesco, exactly ten years after his first success at Nuvolari Grand Prize.

Da Mantova a Rimini and return. The itinerary, according to enthusiasts the most spectacular in Italy, crossed the Apennines starting from the hometown of News to get in Romagna a Cesenatico, and then leave the next day from Rimini and cross the rolling Tuscan hills to cross the scenographic Piazza del Campo in Siena, one of the most exciting points of the race that every year for 30 editions attracts riders from all over the world because of the splendor of the landscapes that are crossed. Return on Sunday from Rimini a Mantova crossed the Romagna countryside with a passage also from the headquarters of Formula 1 team Alpha Tauri. 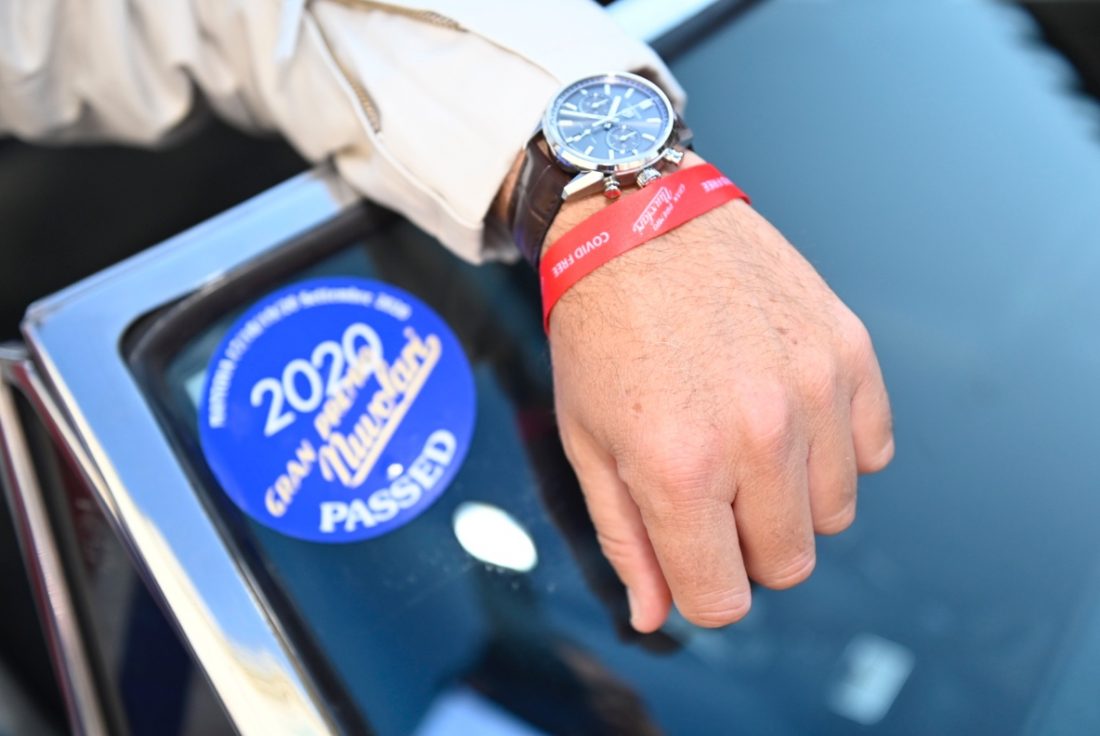 A return to the origins of the racing spirit. To the passion for the challenge, which moved pilots from all over the world to attack the roads of the Pan-American through Mexico. Career it means race, but also race, competition. There Carrera Panamericana Mexico it is a race that only ran for 5 years given its dangerousness, from 1950 to 1954, but whose epic has remained in history and inspired Jack Heuer so much that he chose to call the series of sports chronographs for pilots he designed in 1963 just 'Career'. Codes and inspiration that TAG Heuer shares with his 'partner in crime' Porsche, united in the common green racing project, the Team TAG Heuer Porsche in Formula E. With Red Bull instead, his partner in Formula 1 with Team AMRBR, TAG Heuer walked the streets of Nuvolari Grand Prize. 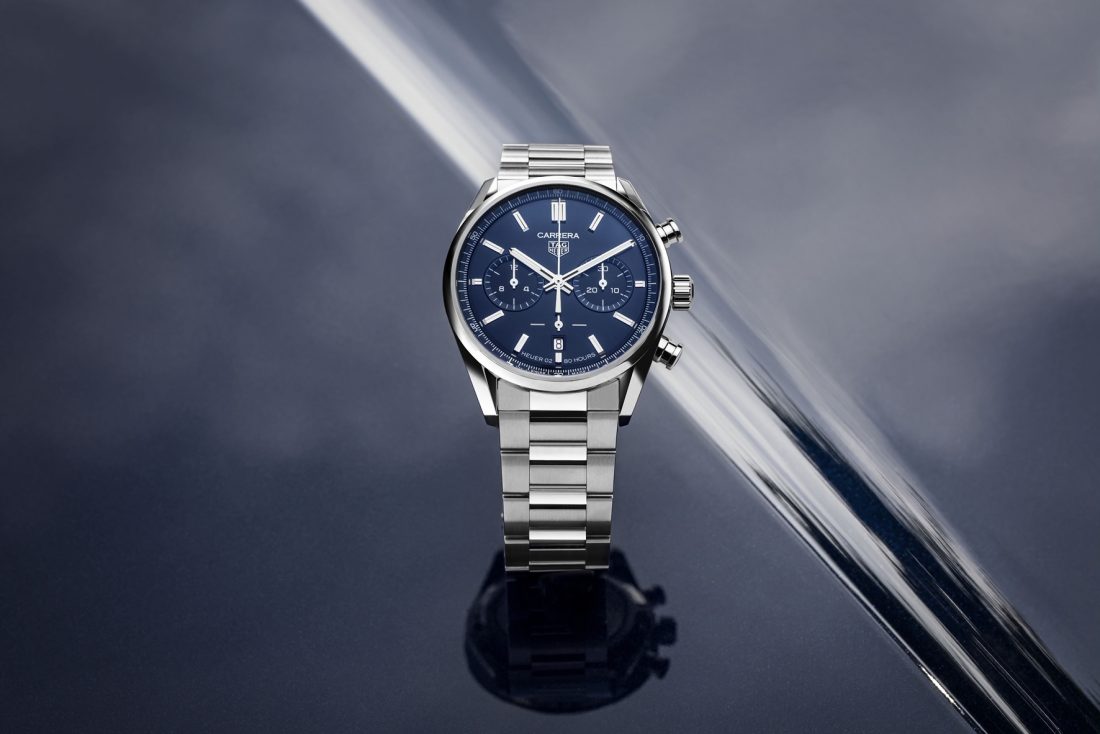 Al GP Nuvolari the new series of chronographs was presented directly on the wrists of the pilots Team TAG Heuer in competition. Models with black and blue dials are mounted on a bracelet that perfectly wraps the wrist in stainless steel with H-link. The corners of the outer and inner links are rounded for a softer look and the bracelet is thinner for greater comfort. The two-tone version with a silver dial and rose gold-plated hands and the model with an intense anthracite dial are presented on a refined brown alligator leather strap. The sapphire crystal screw-down caseback offers a fascinating insight into the innovative Caliber Heuer 02 in-house movement. The 42mm case is made of steel. The new reference of contemporary racing elegance. 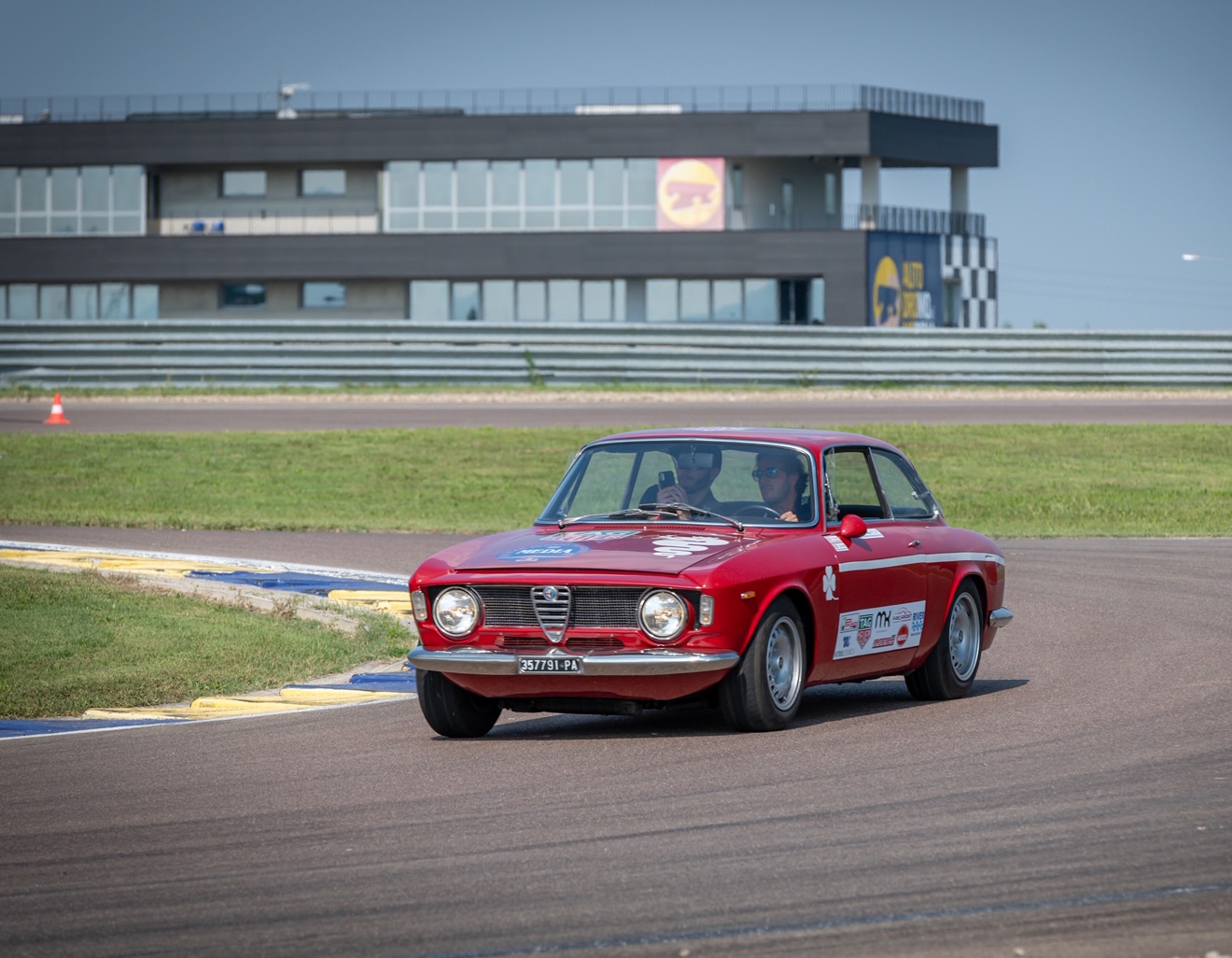 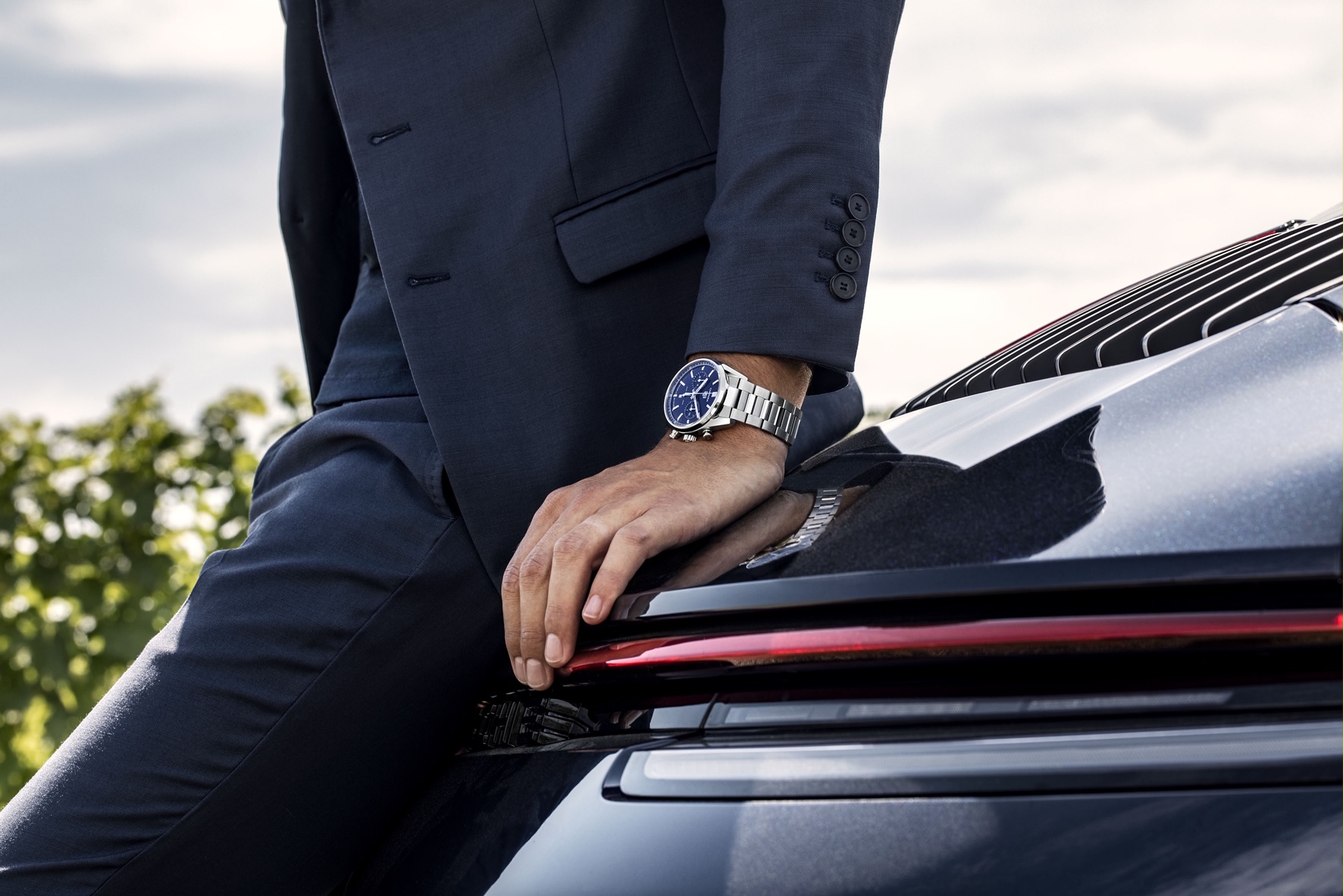 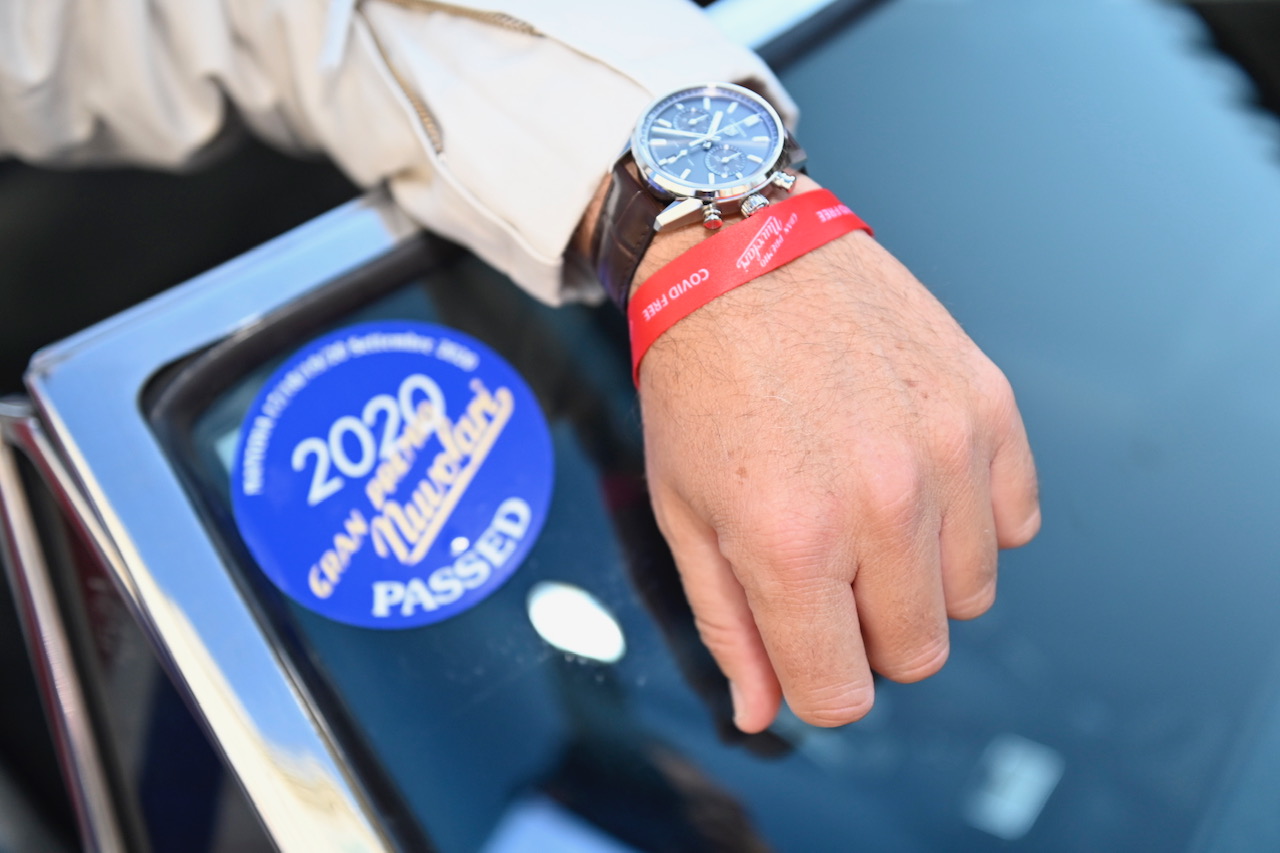 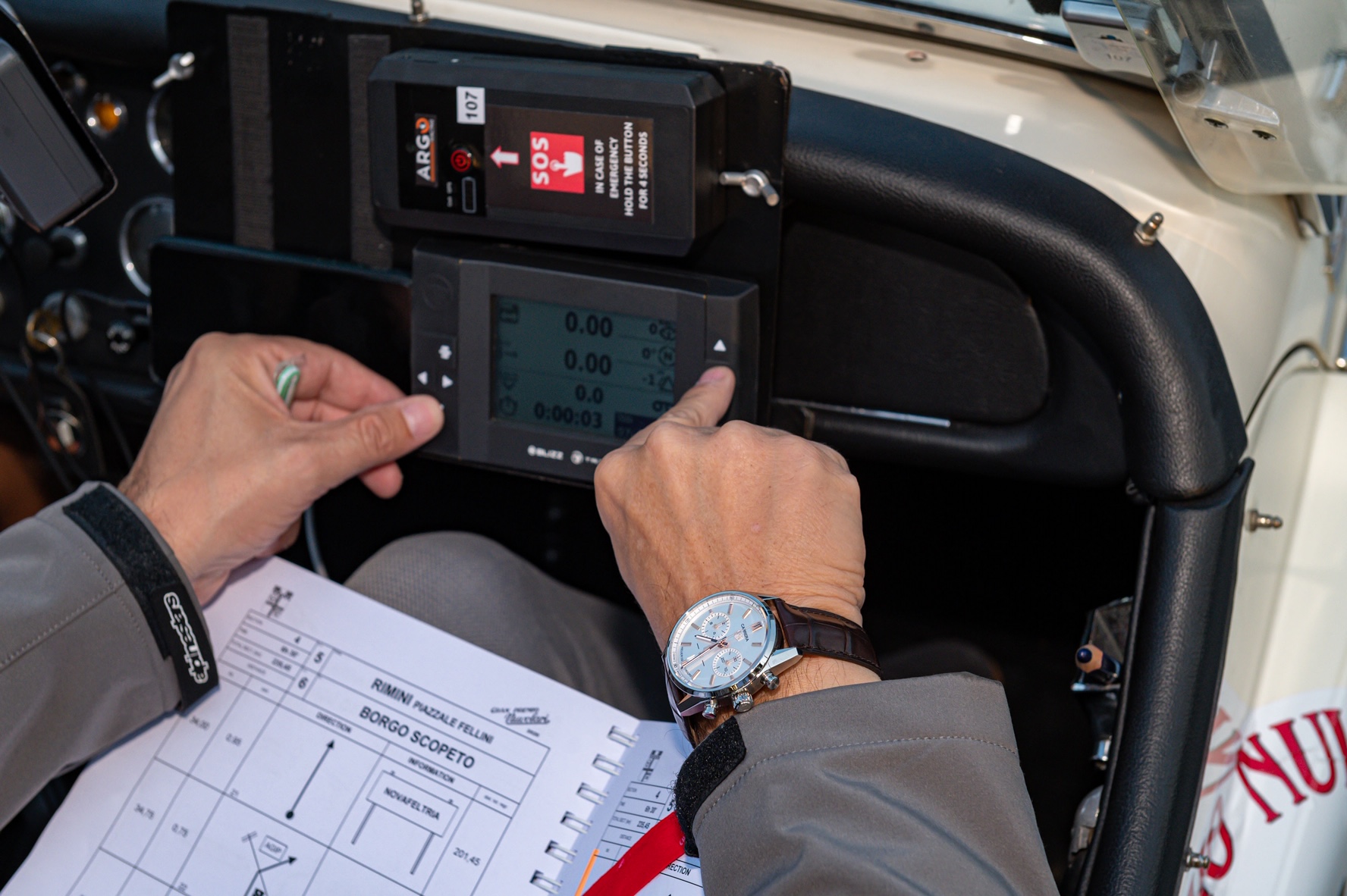