Founded in 1980 by the Italian entrepreneur Carlo Croco, in 2004 it was entrusted to Ricardo Guadalupe the expansion of the brand, of which it will become CEO in 2012 and, again in the same year, the presidency of the brand is entrusted to Jean-Claude Biver, the one who invented and inspired the "Art of Fusion"And the birth of Big Bang. In 2008 a new step forward for the maison, the group LVMH decides to buy the brand and, in 2009 and 2015, two new offices are inaugurated in Nyon.

Since the beginning with the watch Classic Original Hublot stands as a disruptive reality, so much so that for the first time in the world of watchmaking a traditional material such as gold is combined with an extremely modern one such as rubber. In 2005 he again amazes everyone with the Big Bang Original and its “sandwich” construction, with a black composite insert that gives the impression that the watch is entirely crossed by the rubber strap. 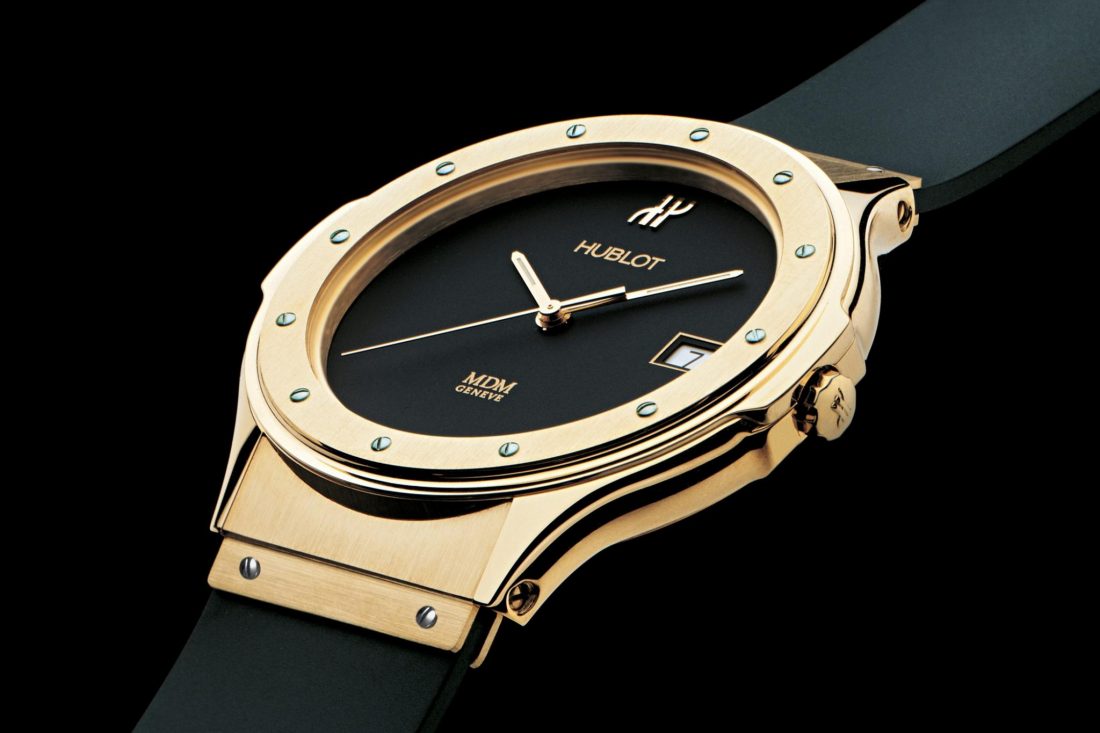 A year later it was the turn of the Big Bang All Black, all black, original combination of new materials and extreme design. The version is even more virile and sporty King Power, which follows, but in a new barrel shape, lo Spirit of Big Bang. Even the Classic Fusion, launched in 2008 and inspired by the first innovative designs of the Eighties, thanks to a great variety of functions, diameters, materials and colors, it in turn becomes a reference unisex model. 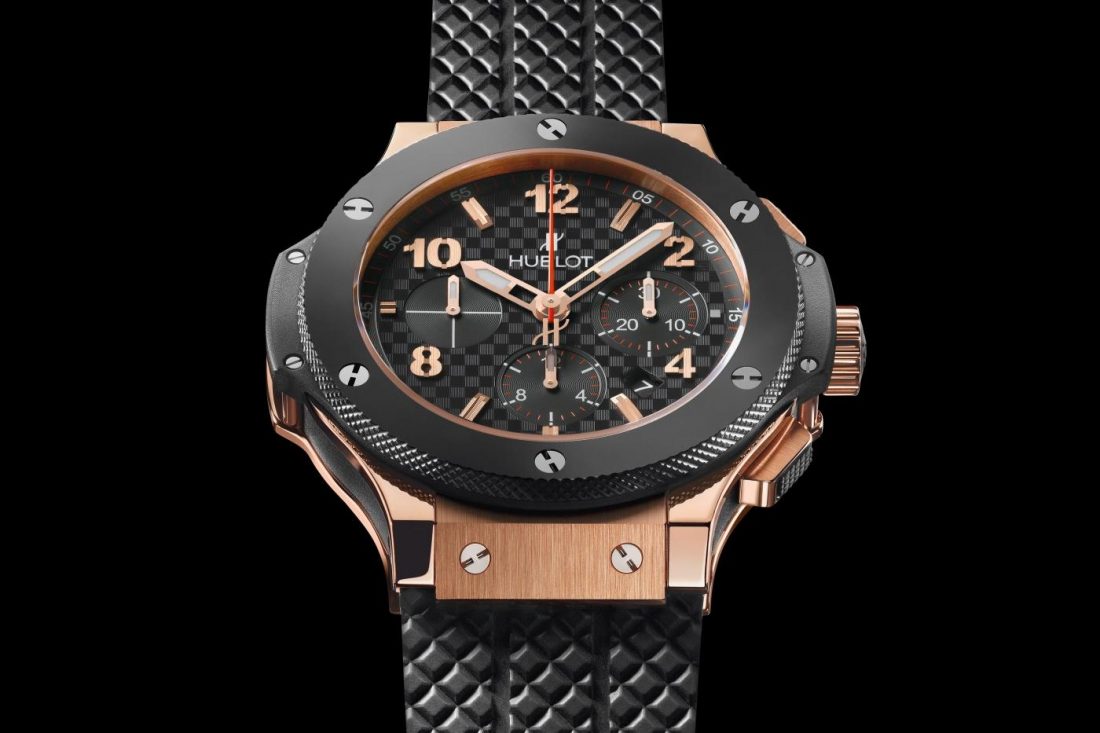 “The revolutionary concept of the Art of Fusion has forged Hublot's success all along its path. And he brought the Maison to be first, unique, different. Its most powerful expression - the iconic Big Bang created in 2005 - defined Hublot's identity and became the engine of its manufacturing and R&D department. Today, this best seller remains the reference to inspire oneself to reinvent and look to the future. A principle contained in Hublot's genetics and a success story that has just begun ”.Ricardo Guadalupe, Hublot CEO.

After 40 years, this important milestone is celebrated with three exclusive variations of the watch Classic Fusion, a special celebratory exhibition in the Nyon Manufactory, and new interiors in boutiques around the world.

For his fortieth birthday, Hublot launched the models Classic Fusion 40 Years Anniversary, a contemporary re-edition of the watch that debuted in 1980, to quickly become an absolute bestseller, spotted on the wrists of the most influential personalities of the international jet set. This is a limited edition that includes 100 pieces in yellow gold and 200 pieces each in black ceramic or titanium, and which, compared to the ClassicOriginal from the XNUMXs powered by a quartz movement, it is now equipped with an automatic mechanism, the caliber HUB1112, with 63 components, 21 jewels, 28.800 vibrations per hour (4 Hz), 42 hours of power reserve. 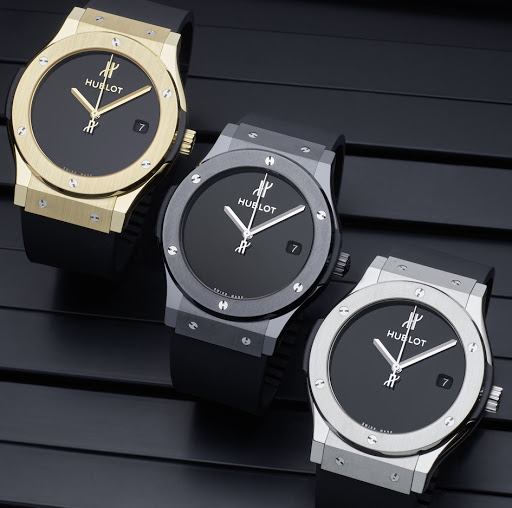 The case has also undergone a restyling which first of all concerns the dimensions, which have gone from 36 mm of the original specimen to the current 45 mm, with a water resistance figure of 10 atmospheres. The bezel has also changed, since the screws are 6 against the previous 12, and of course the back, which in the three watches today is personalized with a celebratory engraving. The bold combination of a precious metal case and a rubber strap, which caused a sensation at the time, is unchanged. 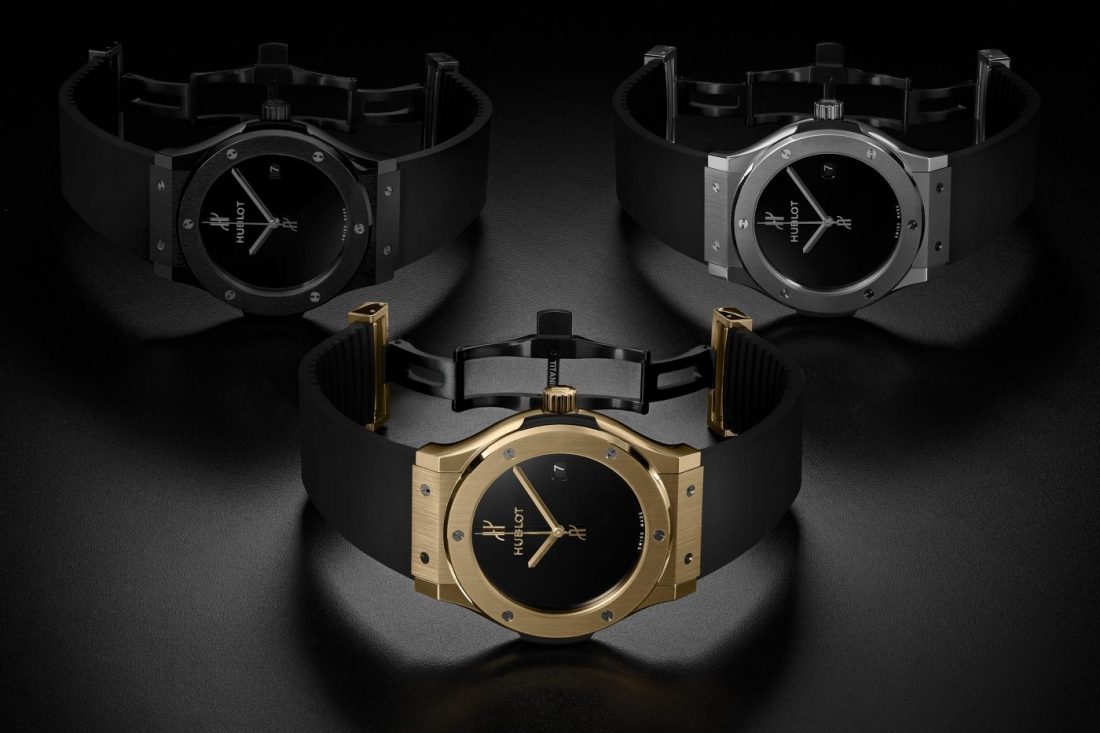 As already announced above, the other initiatives linked to the anniversary also include an exhibition set up inside the H2 manufacturing a Nyon, designed by the British fashion designer and industrial designer Samuel Ross, one of the new brand ambassadors and winner of theHublot Design Prize 2019. Samuel Ross He has also dealt with the reworking of the interiors of the single-brand boutiques around the world, which the designer has rethought by combining concrete and steel, oversized skeletonized frames and perforated surfaces in the shape of hexagonal cells, such as the screws of the Hublot bezels. Dynamic and minimalist displays use cold light LEDs that highlight the watches underlining the current image of the brand. 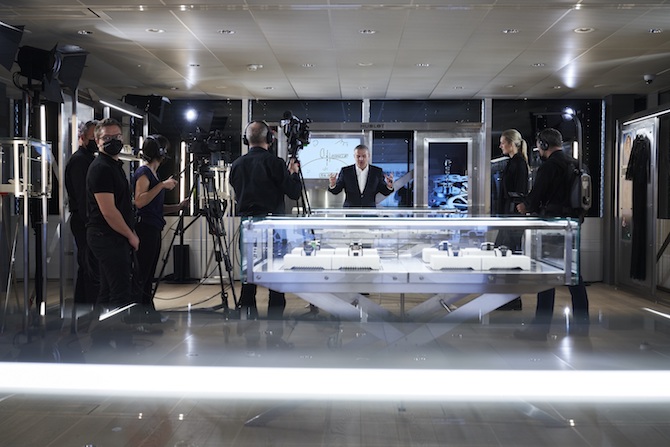 The innovation of Hublot's 40 years has also passed through the development of its own materials such as its gold alloys: Magic Gold, In collaboration with the 'Ecole Polytechnique Fédérale of Lausanne (EPFL), produced in the internal foundry, scratch-resistant as well as being the hardest alloy in the world; and the King Gold, of a warmer hue than traditional red gold. 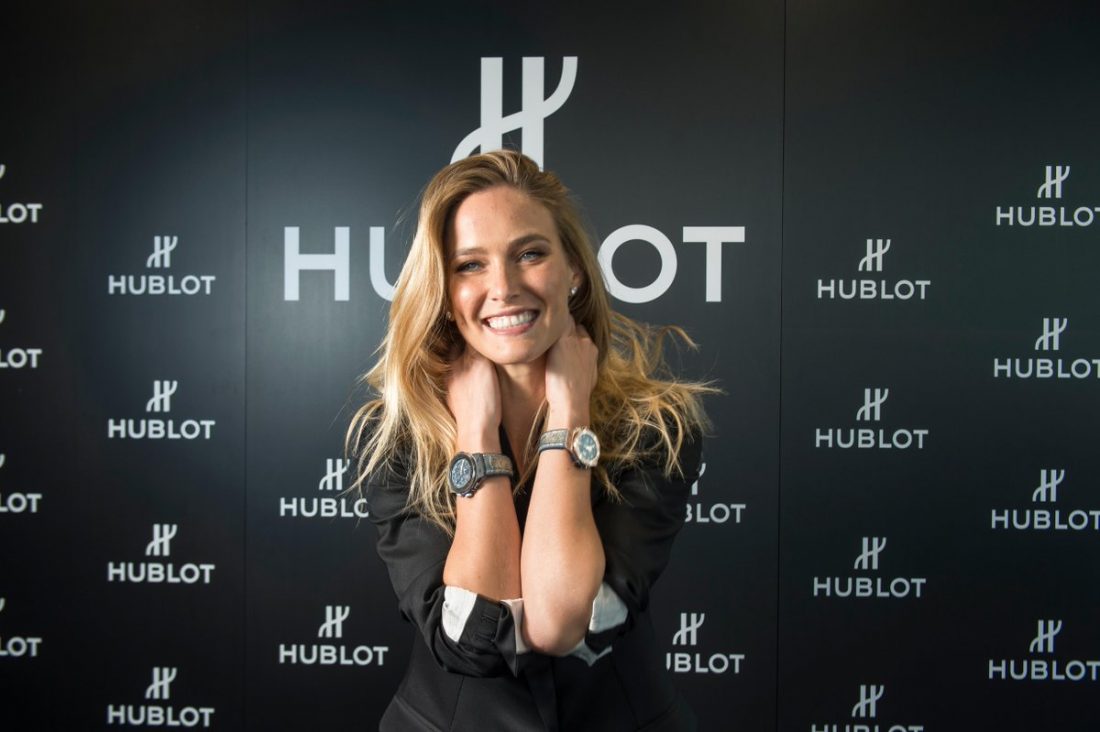 But it is by looking towards other realities that Hublot made a difference, linking his name to living legends of cinema, sport and entertainment. Among the many, how can we forget the myths of football Pele e Maradona or, the fastest man in the world Usain Bolt. And how can we forget the countless actresses and models of the international jet set like, one of them all Bar Rafaeli or, the three Michelin stars, lo Chef Paul Pairet... 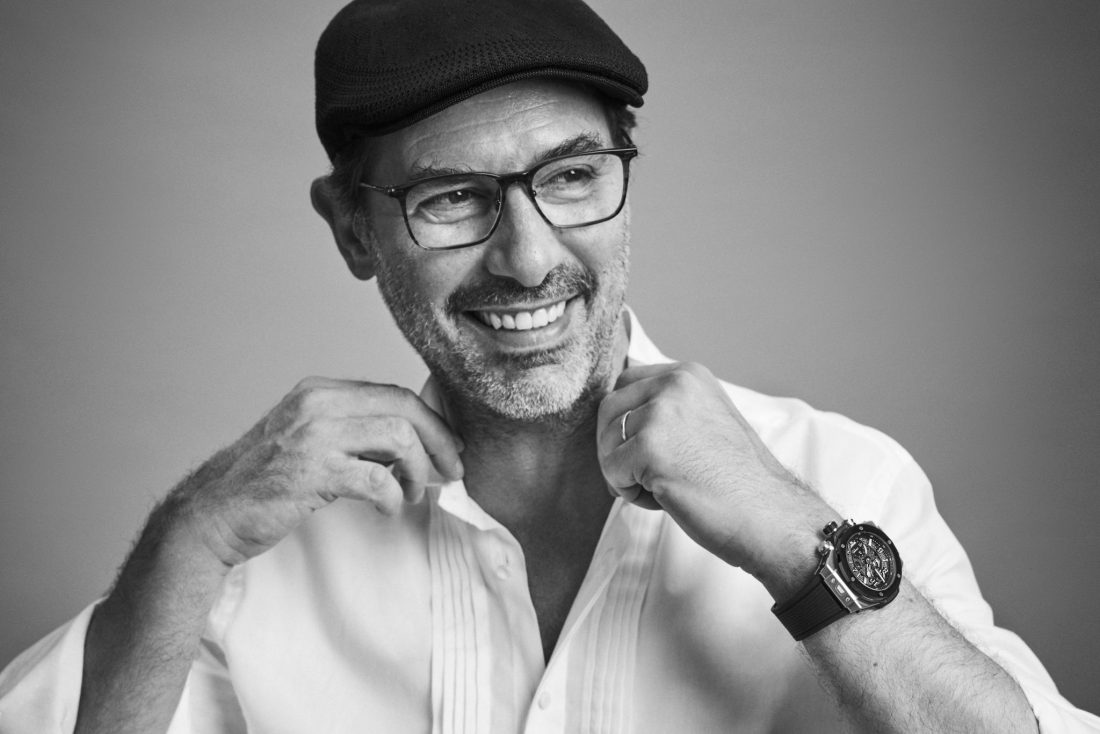 Finally, Hublot becomes a Partner of UEFA and FIFA, joins prestigious clubs such as Chelsea, Manchester United, Juventus, Ajax, Paris Saint-Germain o Bayern Monaco. Since 2011 hundreds of events unite him to Ferrari, and the brand is also present on the green, on basketball courts or in the rings. Finally, there is no lack of partnerships in art and music such as those with the British group Depeche Mode, the virtuoso pianist Lang Lang, the contemporary sculptor Richard Orlinsky, the tattoo artist Maxime Plescia-Büchi (Sang Bleu) or the entrepreneur Lapo Elkann (Italia Independent). From which unique and exceptional creations were born. 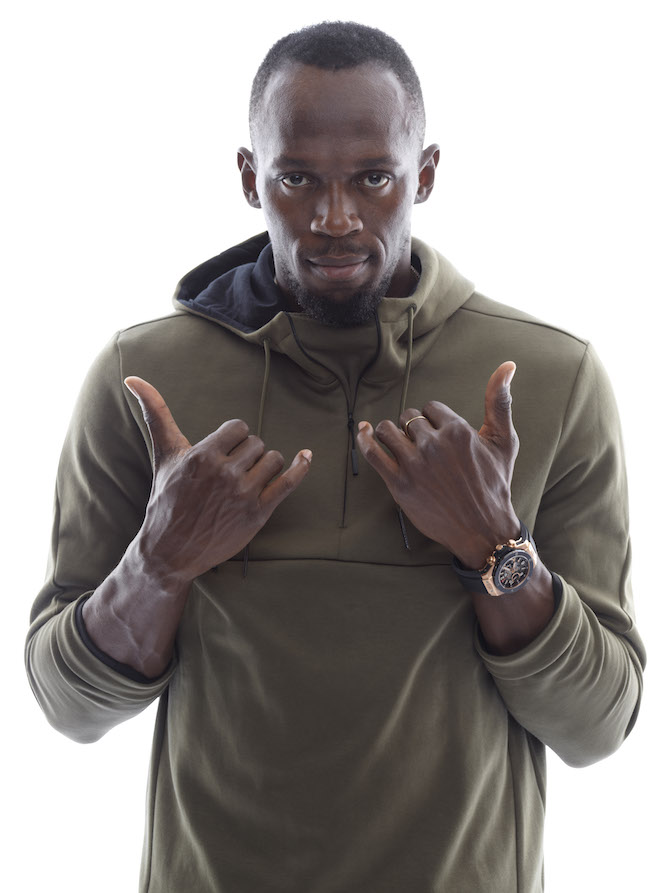 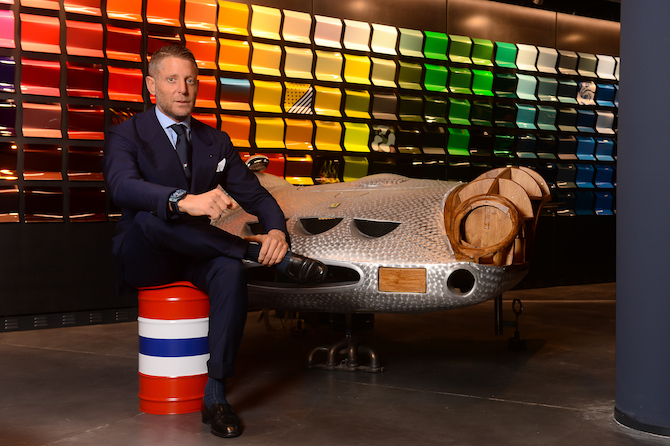 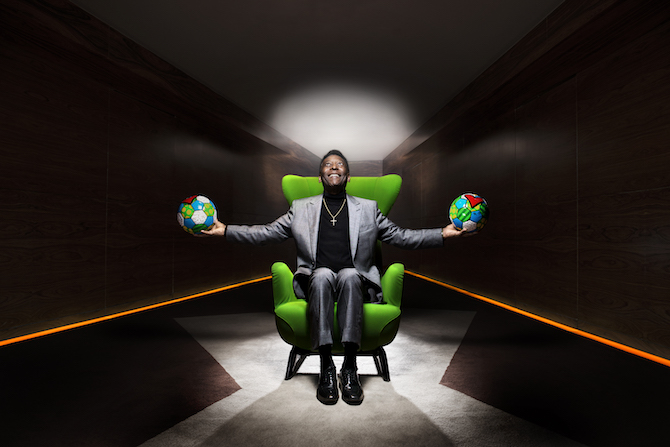