When the watch becomes a work of art: the Classic Fusion Takashi Murakami All Black confuses the patterns! For her first collaboration with the Japanese artist, Hublot went beyond the boundaries of creation by developing a new dynamic on the theme of murakami's artistic emblem, the humanized flower. 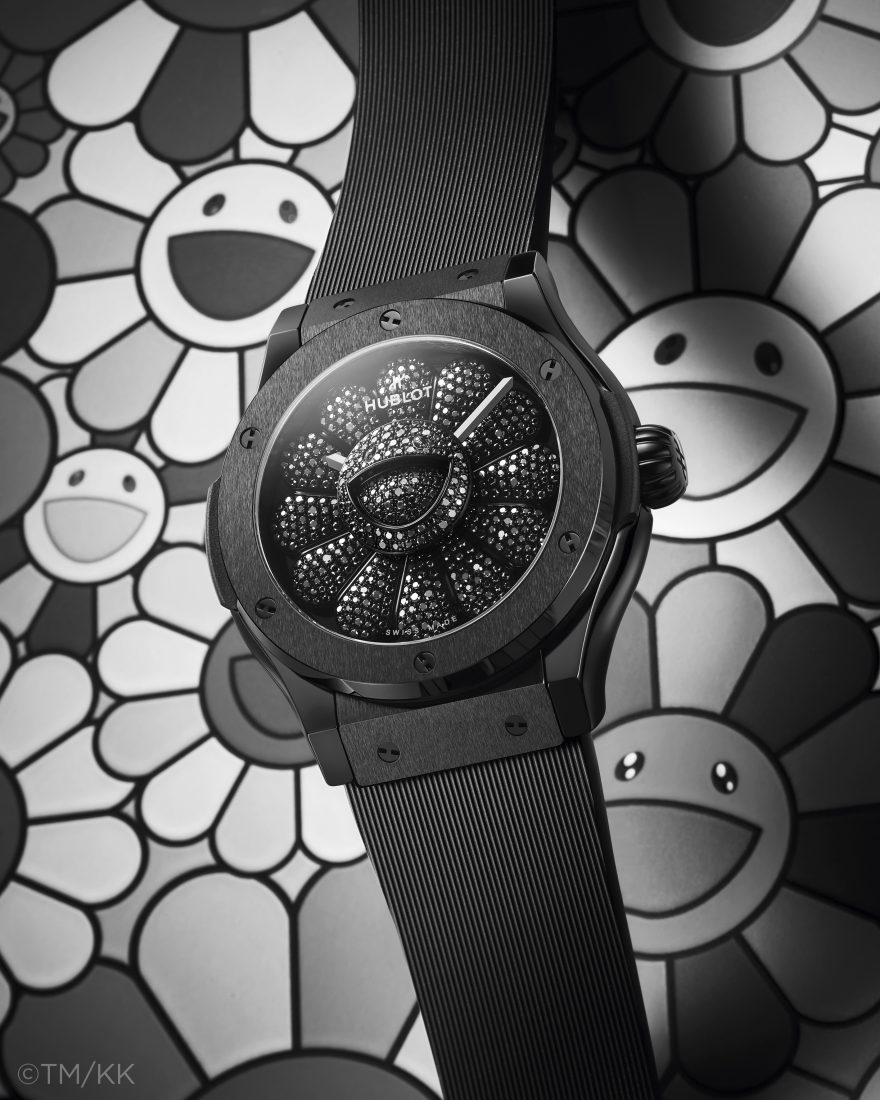 "When I first visited hublot manufacturing in Switzerland, I realized the extent to which traditional know-how, meticulousness, futuristic technology and craftsmanship intertwine in the creation of a watch. Making my art available to the creativity of these watchmakers is a unique adventure for me." Takashi Murakami. 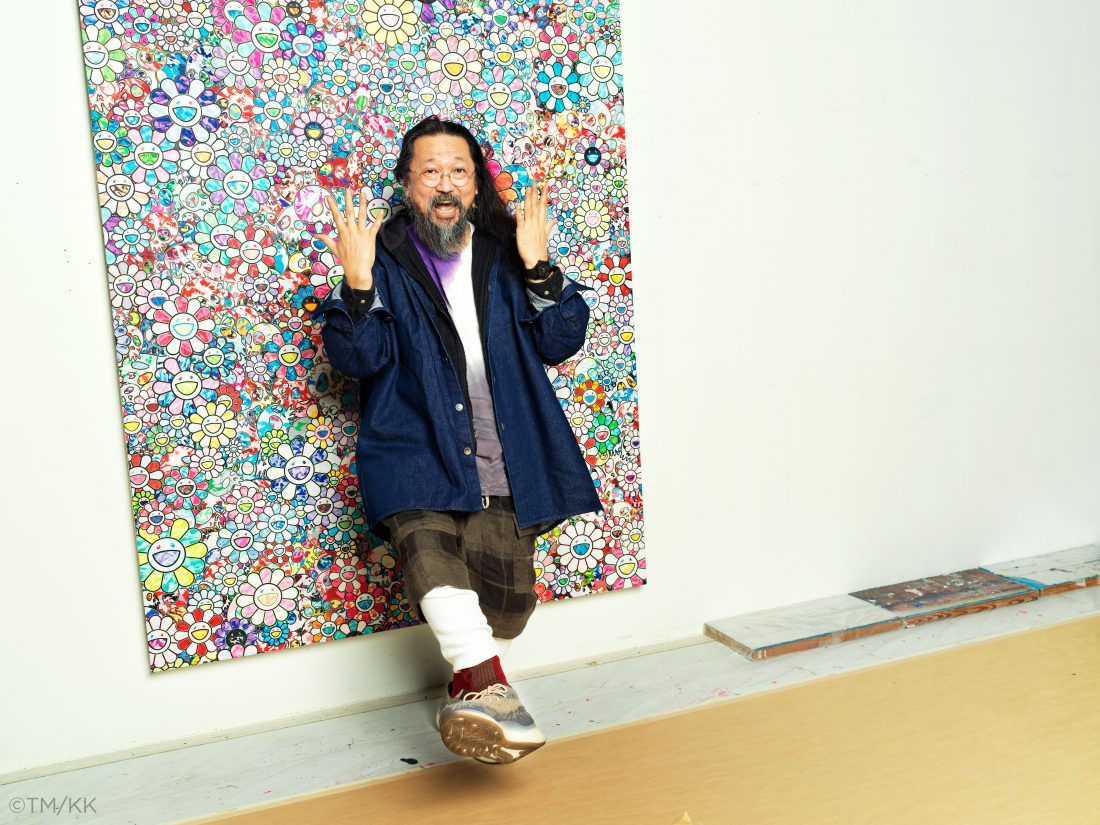 Hublot loves art! Before we even know how to talk, let's sing. Before we even know how to write, let's draw. We barely know how to stand and dance. Art is part of the very foundations of the human being. A truth that the Hublot manufacturer embraces with its motto "The NArt of Fusion". The Watchmaker regularly employs great creative personalities such as Shepard "Obey" Fairey, Marc Ferrero, Richard Orlinski or Maxime Plescia-Büchi. A team of ambassadors joined for the first time by one of the most recognized living artists in the world: Takashi Murakami. His visually very modern work offers a subtle reflection that lies between Japanese tradition and pop culture. A result that it achieves in a masterful way by combining cutting-edge multimedia tools and traditional Japanese techniques such as the gold leaf. 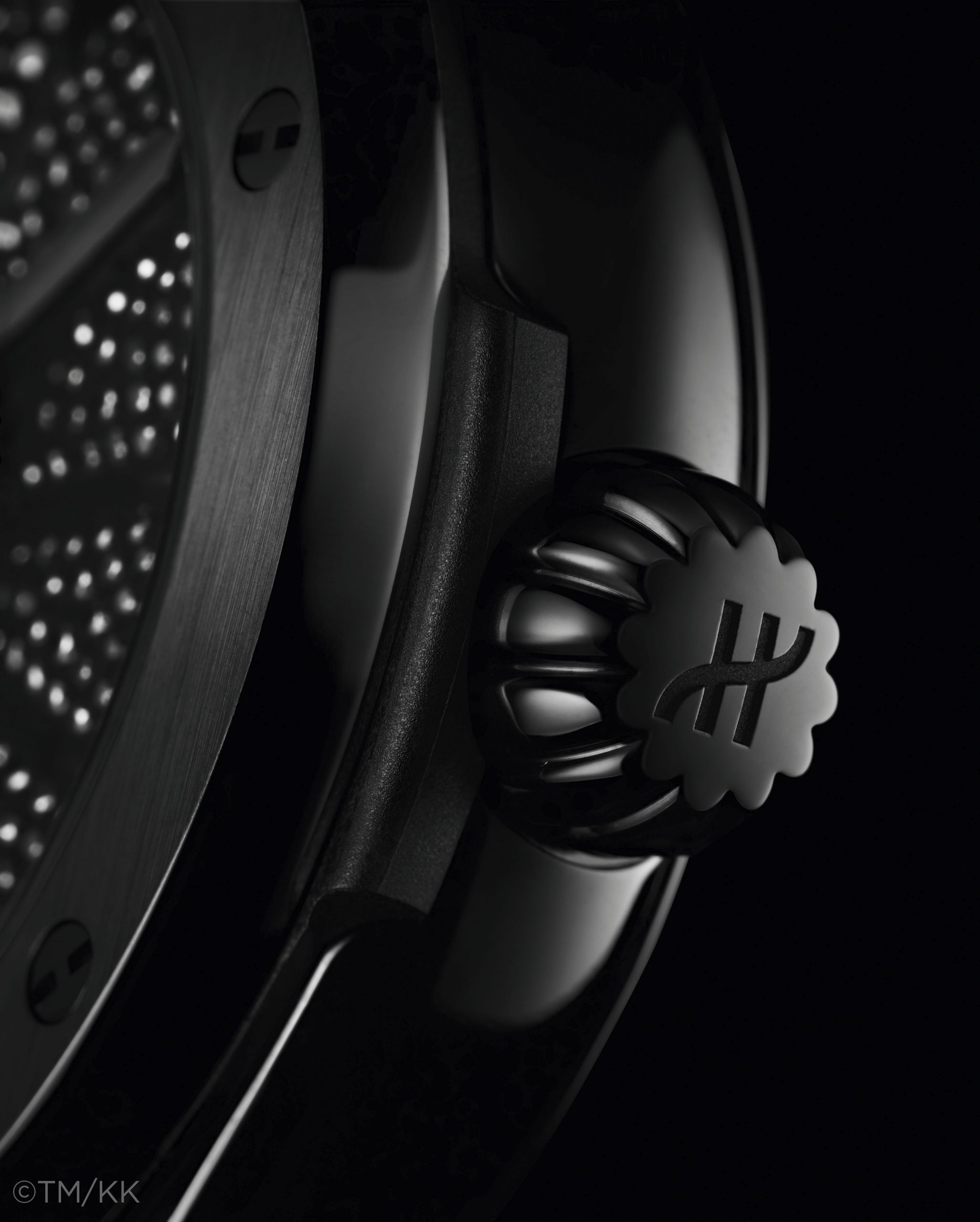 An authentic rock star of contemporary art, he himself called himself Superflat for the artistic current of which he was the initiator. A first visit to the Hublot manufactory in February 2020 allowed Takashi Murakami to familiarize himself with watchmaking and chronograph design. This meeting set in motion a creative process that resulted in the innovative Classic Fusion Takashi Murakami, inspired by the emblem of Murakami, the humanized flower. An object that comes to life here inside and on the surface of the watch. Thanks to an ingenious ball bearing system developed by Hublot engineers, its petals begin to rotate. The heart of the humanized flower is inserted on sapphire glass, creating a unique three-dimensional effect that accompanies its large prominent smile. The Takashi Murakami All Black Classic Fusion takes up the concept of All Black, one of the House's most emblematic creations! Invented by Hublot in 2006, the All Black style is also part of Murakami's creative universe. For an even more marked effect, black diamonds were set on the petals and the face of the flower, respectively 456 on the first and 107 on the second. 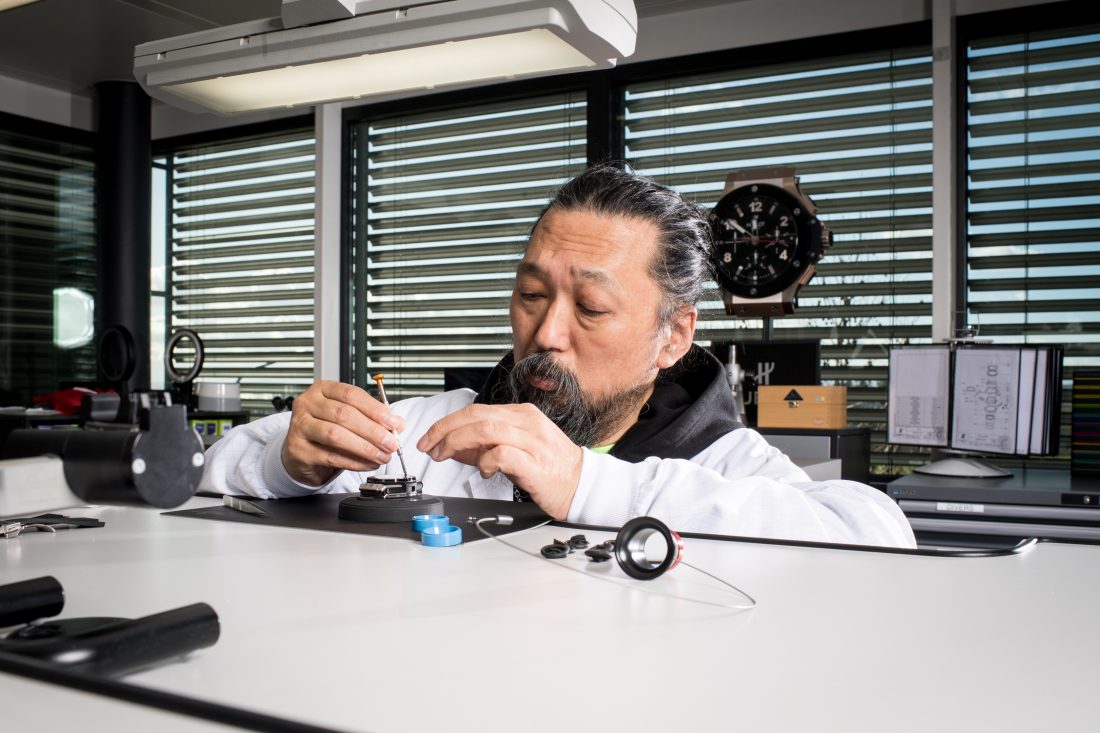 Nyon watchmakers have placed their unico in-house caliber in the case with the iconic classic fusion design, a movement that offers a 72-hour power reserve. The first collaboration between Hublot and the Japanese artist, the Classic Fusion Takashi Murakami All Black will soon become a real collection item, being limited to only 200 pieces. 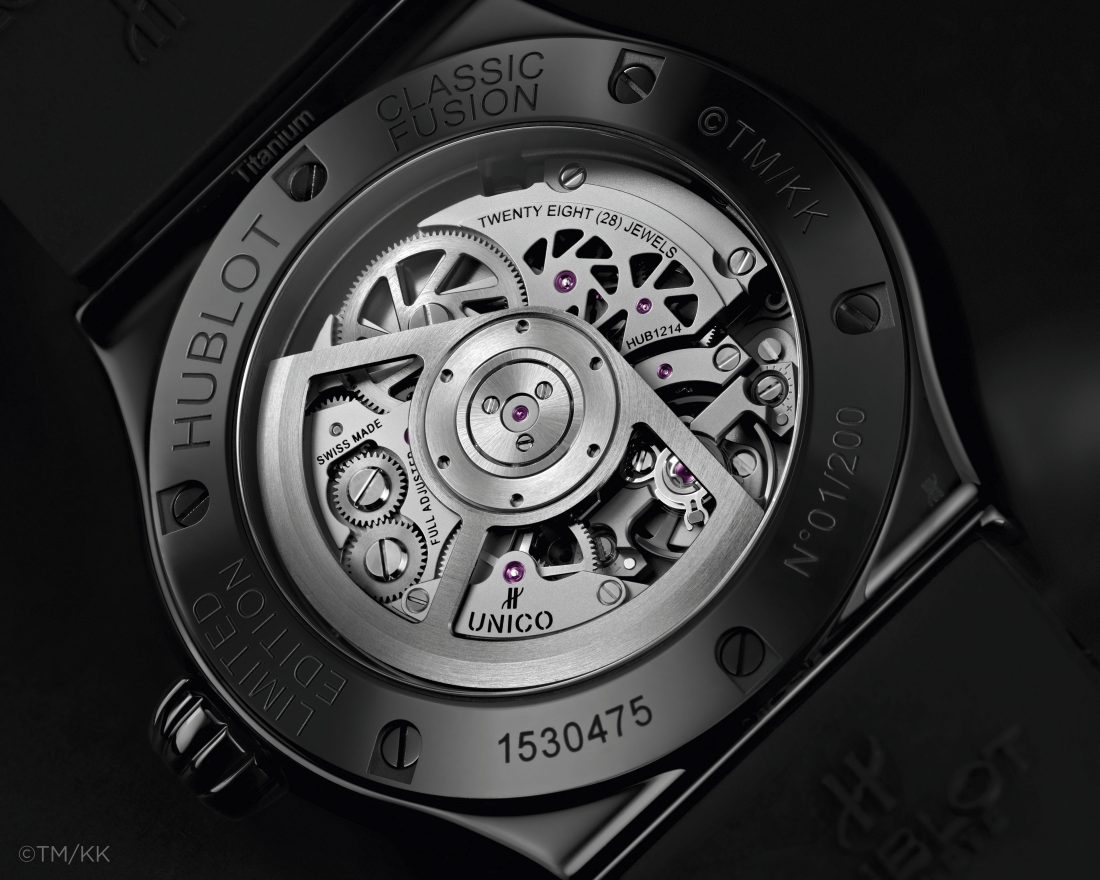 "Takashi Murakami is an international star, not only in the world of contemporary art, but also for the general public. It blus the boundaries between art and pop culture. It's a real privilege to see him join our Ambassadors team. We are very pleased to launch this watch as well as artwork!" Ricardo Guadalupe CEO HUBLOT. 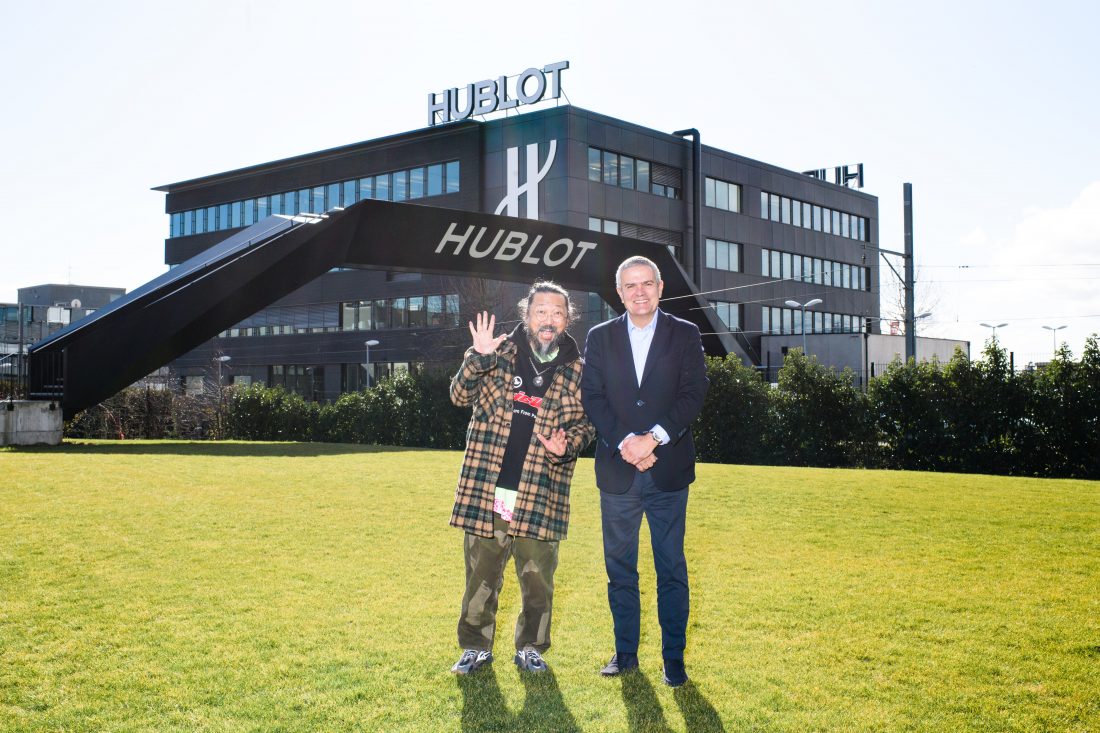